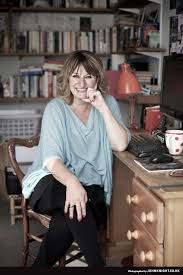 Sarah Rayner is the wonderful writer of heartfelt books such as  Two Week Wait and One Moment, One Morning, and I was fortunate enough to interview her before the official release date of her new book  Another Day, Another Moment.

I am lucky in that Picador is an imprint long associated with pushing the boundaries in terms of literary fiction and non-fiction, and their backlist includes authors such as Kay Redfield Jamison and Oliver Sacks who write beautifully and with great insight about mental health. On top of that I have a very wise editor in the form of Francesca Main, so when I suggested to her that I was interested in writing a novel where a cast of characters meet in a psychiatric clinic, she was extremely receptive. She could see at once that it offered the opportunity to explore the emotional lives of a diverse range of people, and would thus play to my strengths as an author. She was also keen to work on something with me that might help tackle stigma and raise awareness of mental illness. That we both feel passionately about the issues in the novel helped make the process of writing easier, which is vital when tackling a difficult subject. I also believe that because Francesca’s editorial input was so heartfelt, it helped make Another Night, Another Day a much better book.

I’ve often been asked if my novels reflect my own life and the honest answer is ‘of course they do’. That doesn’t mean my books are autobiographical: they’re not. My circumstances are not identical to those of Karen, Abby or Michael in Another Night, Another Day. I’m not a widow, like Karen, (who some readers may recognize from One Moment, One Morning), nor do I have a child with autism like Abby, or run a florist like Michael. However, I do have first-hand experience of crippling anxiety, and it’s this that motivated me to write the book, which also touches on depression, bi-polar illness, even suicide.

Every author I’ve met is always concerned to some extent about their novels as they write, but because I’d already tackled difficult subjects in my previous novels this gave me a certain amount of confidence. One Moment, One Morning deals with thedeath of a spouse and The Two Week Wait explores infertility, so to a large extent Another Night, Another Day continues in this vein. In fact, I’d go so far as to say I don’t think I could have written this novel without having done the others or any earlier in my career – because it deals with issues that are close to my heart, I had to be ready to go there. This is my fifth novel to be published – and with every one I’ve tried to raise the bar for myself as a writer. If I’d tried to tackle such a complex and delicate subject fifteen years ago, when I started writing adult novels, I think it would have ended up a mess – and so would my head have been afterwards!

So far I’ve been very touched by the reception. It’s early days as currently the book is only on sale with one UK retailer (Waterstones) so I won’t really know until it’s published in the UK and in Australia and New Zealand, but the feedback has been extremely positive from book bloggers and readers. It seems to resonate with people who have experience of mental health issues and a number have said it reflects their own experiences very accurately. But also those who don’t have personal experience seem to like it as they’ve said it has helped them understand sufferers better. They like the mix of light and shade, seeing the characters go through such transformations, and the fact the book offers hope in terms of recovery without being saccharin. I’m sure the novel will have its detractors, because every book does, but so far it’s not had any negative reviews. Even as I type that I feel I’m tempting fate however, so best touch the wood of my desk immediately!

Whilst I imagine other authors might say nice encouraging things like ‘try, try again’ and ‘it took so and so 30 rejections before their work was accepted and now she’s a best-selling author’, I would say ‘learn to hone your writing’. Edit and re-edit your work so you avoid repetition and clichés. Keep your viewpoints consistent, check your tenses don’t jump about, and take a hatchet to superfluous passages when need be. I get asked to read a lot of stuff – goodness knows what agents and editors get – and a lot of it is lazily written. Would-be novelists should learn to be tough on themselves.

Another useful tip is to start with short stories. Twenty years ago I was advised to do this by a published author and it taught me a lot about dialogue and structure. I had several short stories published in women’s magazines before I attempted a full-length novel. Otherwise it’s rather like trying to run a marathon without ever having jogged a mile.

There are more tips on my website – you’ll find them here: http://www.thecreativepumpkin.co.uk/author-tips

Yes, but I also enjoy drawing, and when I was a girl I used to write my own stories and illustrate them, so I had ambitions to do both. I still have the books I produced then; I made my friends and family read them, and some friends got roped into collaborating. I guess I was as bossy then as I am now! I suppose the accurate answer to your question would be that I knew I wanted to do something creative, but it wasn’t until I went to university to study English that my love of words won over.

Now a couple of fun questions.

7. What was the first book that you truly cherished?

The very first book I fell in love with was Mrs Tiggywinkle by Beatrix Potter. My mother still has the copy – I went through it inserting the word ‘dear’ (spelt ‘daer’) every time I came across her name. I still have a fantasy about living in a hole in a hillside secretly doing my neighbour’s washing! Later, I fell for all the Anne books by LM Montgomery, and the Little House books by Laura Ingalls Wilder. With hindsight, I see how all three authors have something in common: creating feisty, ‘outsider’ female protagonists who struggle to make their way in a hostile world. Anne and Laura are very bright. These books are about the connections of family and friendships as much as anything, subjects that still resonate with me.

I think my novels would make a good television series and like the notion this would give the opportunity for viewers to watch the characters develop over a longer timeframe. But I can happily cast for a film or TV, as the actors I have in mind tend to work across both. To kick off: Emily Watson would make a great Karen. She’d be able exhibit both the vulnerability and strength that Karen has, and exudes warmth which suggests she’d make a good friend. She looks similar to how I picture Karen too; she’s attractive and has thick chestnut hair. Abby is younger, slender and blonde, and suffers from bad anxiety, so I’d cast an actress with nervous energy, someone who could convey being wired. She’s a bit older than Abby, but still, I can see Maxine Peake playing her brilliantly. In fact the very idea of Emily Watson and Maxine Peake acting together is very exciting – what a duo! Finally, Michael. a friend said recently that she pictured Hugh Bonneville (from Downton Abby) as Michael and I nearly fell off my chair – to my mind Hugh Bonneville is too cherubic; Michael needs to have an edge, be angry; he’s someone who doesn’t speak readily about his emotions and was into punk rock as a young man. Can you imagine Hugh Bonneville with sugar-soaped peroxide hair? I can’t! Instead I’d have Ian Glen or – even better – Robert Downey Junior. Never mind that he’s American, he’s very versatile and I adore him. In fact he’s so gorgeous I would have to be on set. A lot.

Another Night, Another Day is available from July17 on Amazon.

My review can be found on my homepage or by clicking the link https://bookgirl.com.au/2014/05/20/another-night-another-day/