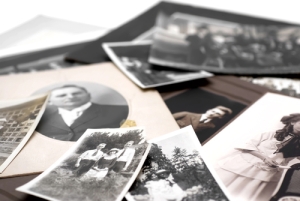 Familial traits are things that we’ve inherited beyond our control. No nature v’s nurture debate here; just an observation. Looking at my own family tree, there are writers along my paternal line,but there are also scale- makers, gardeners, jesters and of all things, accountants. I’m curious to see further back, to see if there was a writer in a French garret or an ancestor who hung around with the Jonathon Swift pack. Tracing ones family tree is so interesting you never know what you’ll find – imagine discovering your ancestor was William Shakespeare. It was these ponderings which put this week post in motion. My mission ,if I chose to accept it, (sorry for the pop culture adage, I couldn’t help myself) was to find which well-known writers inherited or passed on their talent.

Here is a list of current authors, see if you can guess whom their famous parents are.